Prepare the Way! The King is Coming! 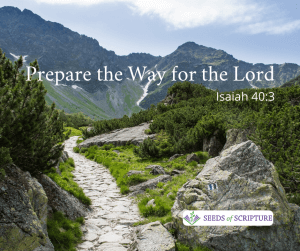 In those days John the Baptist came, preaching in the Desert of Judea and saying, “Repent, for the kingdom of heaven is near.” This is he who was spoken of through the prophet Isaiah: A voice of one calling in the desert, ‘Prepare the way for the Lord, make straight paths for him.’”
Matt 3:1-3 (NIV)

The Christmas story begins with John the Baptist.

The traditional version starts when the angel Gabriel appears to Mary, then to Joseph, but the real story begins earlier. Six months before Gabriel visits Mary, he tells the priest Zechariah that his old, barren wife will bear a son named John. The child is more than an answer to prayer. Gabriel says John will bring the people back to God and make them ready for Jesus (Luke 1:11-17).

In the ancient world, a king sent messengers ahead to announce, “The king is coming! The king is coming!” This gave people time to prepare gifts, spruce up the city, set the banquet table, and get ready for royalty. Preparations often involved making a processional highway for the king’s arrival, smoothing rough places, and removing obstacles.

John the Baptist is the messenger reminding us to prepare for Christ the King. 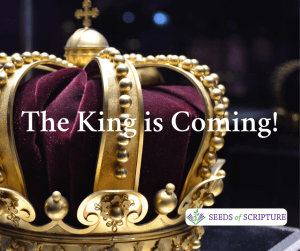 – Let’s create a buzz about the coming King instead of Santa.
– Let’s show kindness to others as gifts to Jesus.
– Let’s display God’s kingdom by sharing with those less fortunate and advocating for justice.
– Let’s listen as John says “Repent, the kingdom is near” by straightening out our priorities and the intentions of our hearts.

Let’s inspire each other: How will you prepare for the coming King?